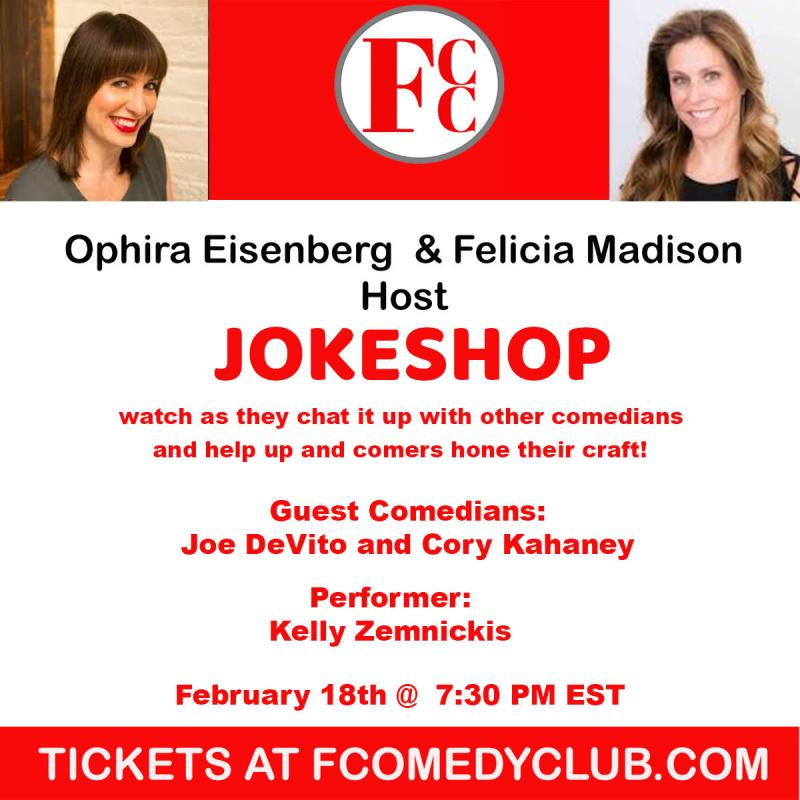 Joke Shop is a fun comedy show contest featuring top stand up comedians helping up and comers to hone their craft.  Then  some nights they turn their critique to stand up comedy shows to see how they are doing it all wrong.      Join us with Cory Kahaney and Joe DeVito help fellow F Comedy Comedian Kelly Zemnickis with her stand up and also work out new jokes with Ophira and Felicia.  Hosted monthly by Felicia Madison and Ophira Eisenberg.